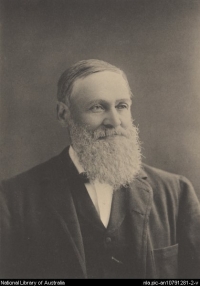 The family settled in what is now Perth, Western Australia.

He later commanded the North Australian Expedition 1855-56, sponsored by the British government, which explored the area of the Victoria River in the Northern Territory and successfully crossed to Brisbane in Queensland.

In 1858 he was appointed by the government of New South Wales to lead an expedition to find traces of Ludwig Leichhardt’s second expedition which had disappeared in 1848.

He was awarded the Gold Medal of the Royal Geographical Society in 1863.

He became a member of the Legislative Council in 1874.

He is commemorated in Australia through the national park that bears his name.

He is remembered in Farnsfield  through the road name “Gregory Gardens”.