The present church is quite young, having been built in 1859/60 to replace the earlier church which was destroyed by fire in 1856. It was rumoured, but never proved, that the fire was started by one of the churchwardens as a result of a dispute with the other warden. From the point of view of the local historian the fire was a disaster as it destroyed many of the earlier church records. We do know however that the village did not have its own vicar until 1572. Before that its spiritual needs were attended to by the canons of Southwell Minster.
Quaker Lane 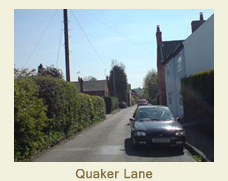 As previously stated, the village doess not have any major industry but in former times small businesses were located within the village, mainly related to agriculture and rural trades – blacksmiths, tanners, basketmakers. There was also a flourishing brickmaking works on Brickyard Lane which utilised the local clay and produced quite a distinctive red brick of a smaller size than modern bricks and which can be seen on many of the older cottages in the village. Clay was also used by the local pottery which made tiles, drinking vessels and other domestic items. 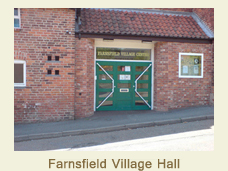 The village’s most famous son was Sir Augustus Gregory who went with his family to Australia in the early 19th century and became a famous explorer, credited with leading successful expeditions into the interior.  (For further information see his designated page under the heading “People”.) 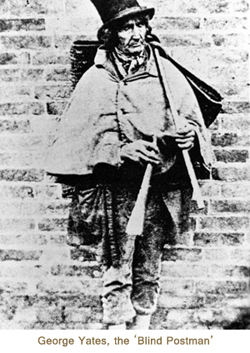