This is a short history of the Pinkett and Shelton Families who lived in Farnsfield – Thanks to the contribution from Shelley Large.

The Shelton and Pinkett Families

My Grandfather George Pinkett and his wife Enid moved to the village before 1924 when my Mum was born, but not sure when. They had what was Dowses Shop in Farnsfield which was a part of W. Dowse in Southwell and he was a draper and traveller for the shop. My mum was born in 1924 Barbara Ellen Pinkett and her sister Brenda Mary was born in 1930. 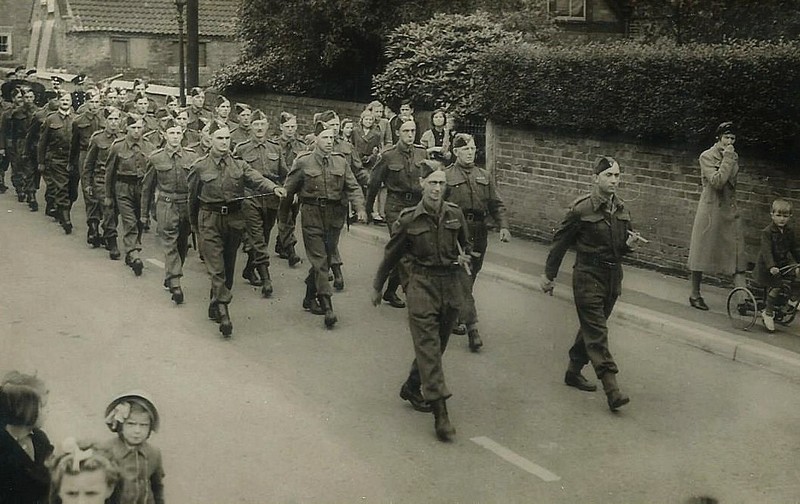 This photo shows my grandfather marching with the Home Guard (he is at the front left). (Photo: Shelley Large collection) 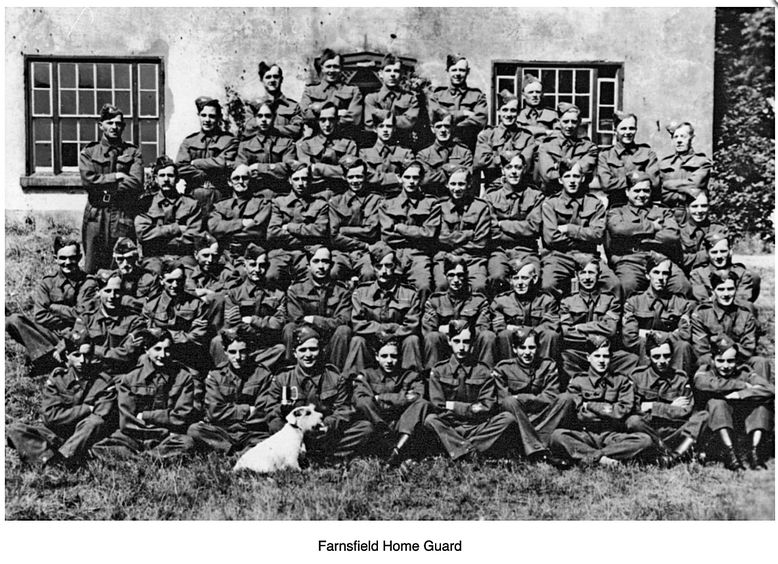 Farnsfield Home Guard: George Pinkett is on the second row from the bottom (with glasses).

His dog Jock the Sealyham Terrier in the front, was the regiment mascot.

Fourth row from bottom far right end is Fran Travis & next to him Jack Bullock. 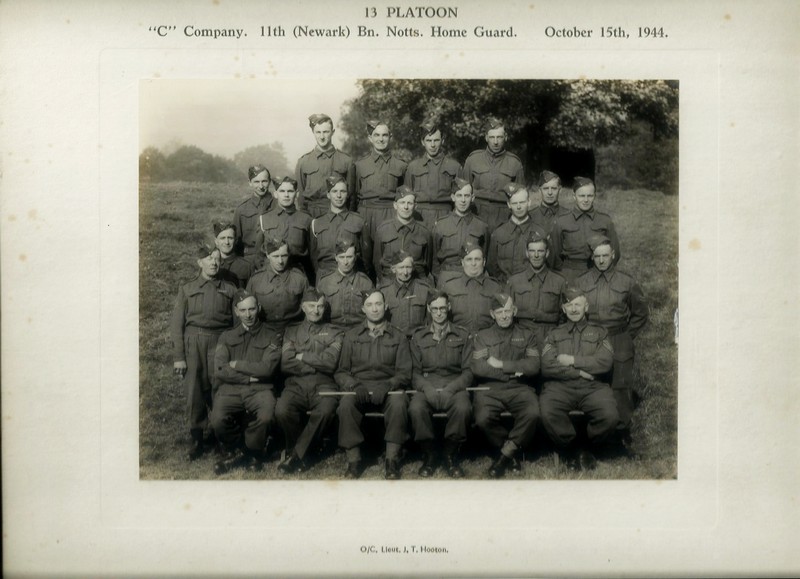 George Pinkett is on the front row with glasses. (Photo: Shelley Large collection)

Dowses Shop became Swallows shop after Dowses sold it. It was located at what is now known as Holly House (formerly Allsorts). It was once was known as the Coach House I think. As a small child I lived there with my parents and grandparents and aunt, it was a big house and we all helped in the shop. When the shop was Dowse’s, it only had one shop window the other side closest to the garage was the front door and “front room”.

The back house had no bathroom, the toilet was outside and the wash house for both houses was shared. There was a stable with a loft which we played in as kids, it was our cubby house. I remember my Dad plumbing the mains water to the back house, before that there was an outside well with a pump.

The back part of the house had been divided and that is where the Travis family lived, hence why I was so close to the kids and called the parents Aunty and Uncle. Anne Travis, the eldest, now lives in Brisbane Australia, Martyn lives in Kirklington and sadly Jacquie passed away 10 years ago.

My parents, my sister Cathryn and I moved next door to Church House, I’m not sure when, but around 1960. My grandparents are buried in the Church yard of St Michaels, my parents were married in the church there and so was I to my first husband and we came to Australia soon after.

My special memories of the village are the fair visiting which was always straight after Goose Fair, our yearly school trips to the seaside on Redfern’s busses, the Harvest Festival celebrations, dances in the Hall and the garden parties at the Vicarage. I can’t say I appreciated the lovely village atmosphere as a child but I look back now and know what a special place it was.

Shelley’s comments on other photographs from the FLHS website: 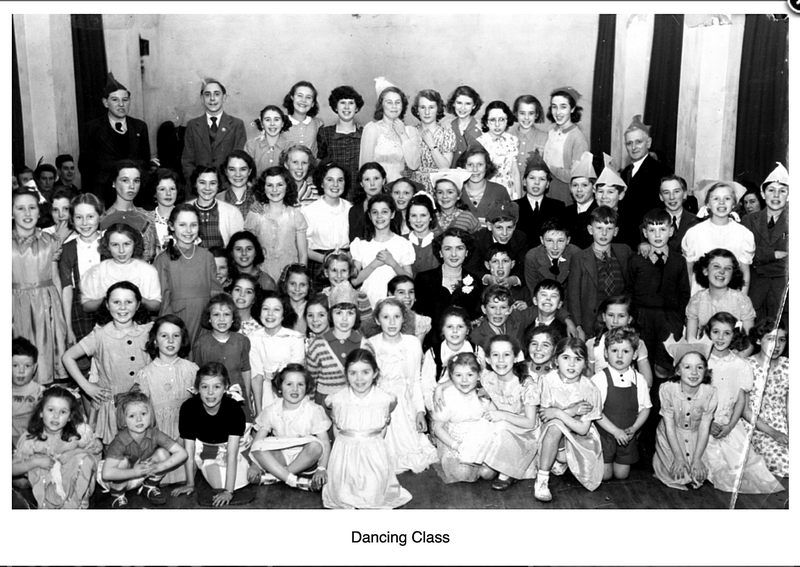 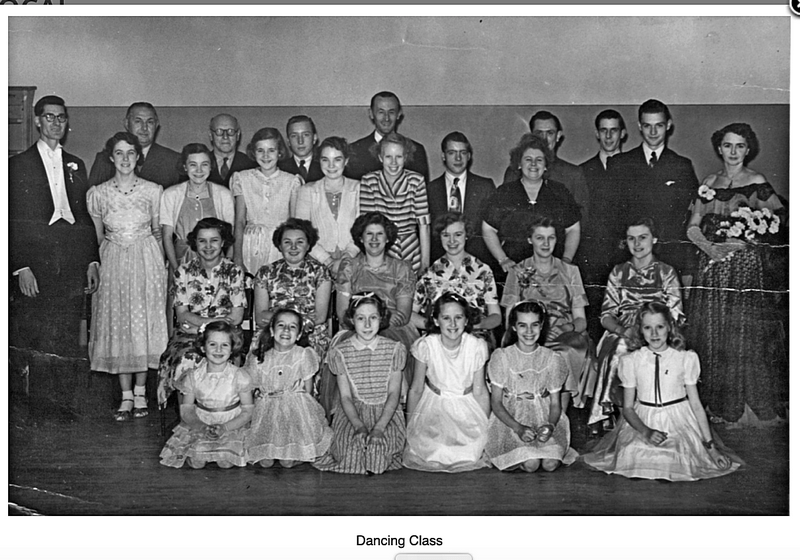 My Dad John Shelton is on the very back row, 4th from the right, face hidden and in front of him my Mum Barbara Shelton, nee Pinkett (Photo: FLHS website, Sheila Moody Collection) 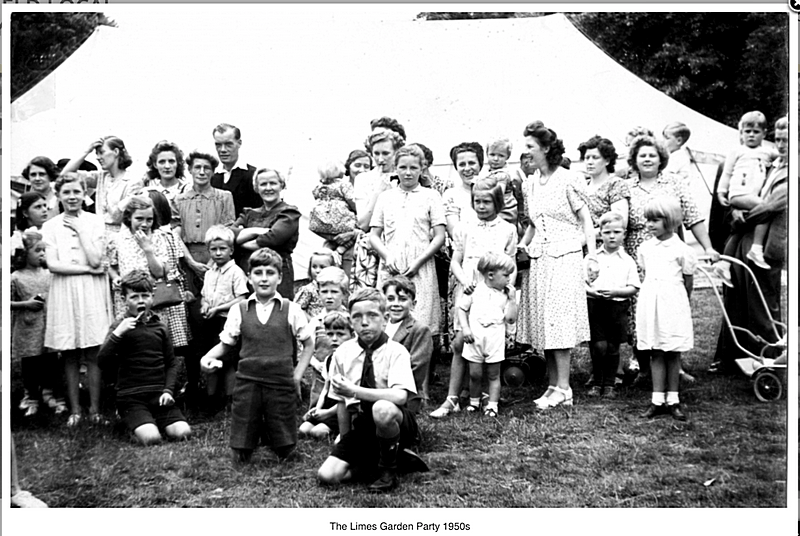 The Limes Garden Party 1950s: My Mum Barbara Shelton is holding the pushchair. I am fairly certain it would have been me in it, but can’t be seen. Standing next to my Mum is Joyce Travis her friend and neighbour 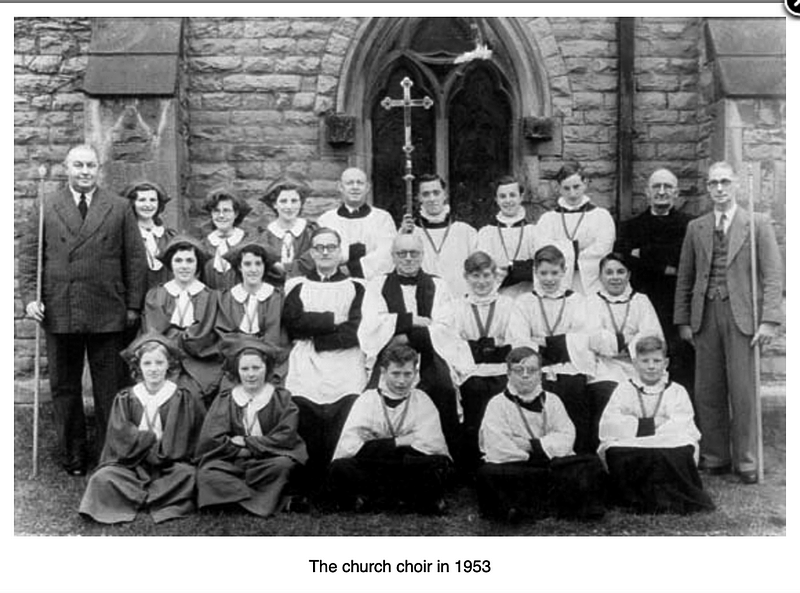 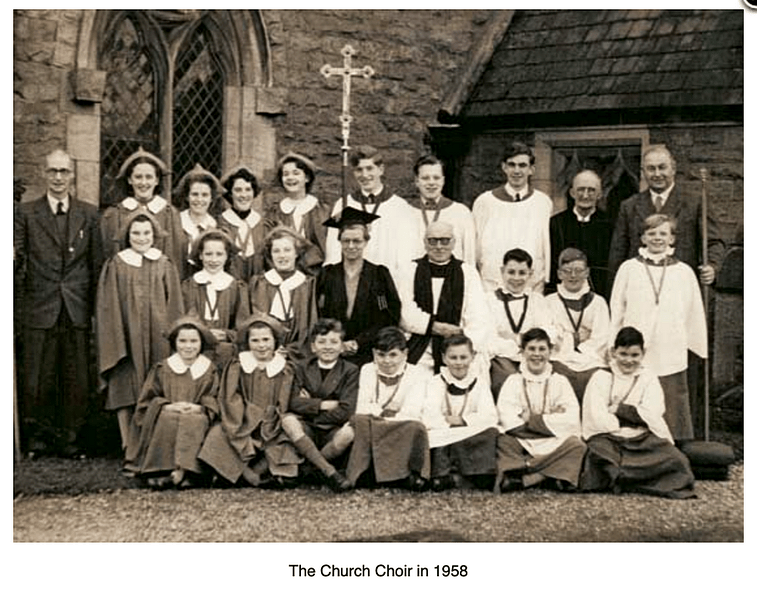 My last visit was 2013 and it’s still a lovely village. 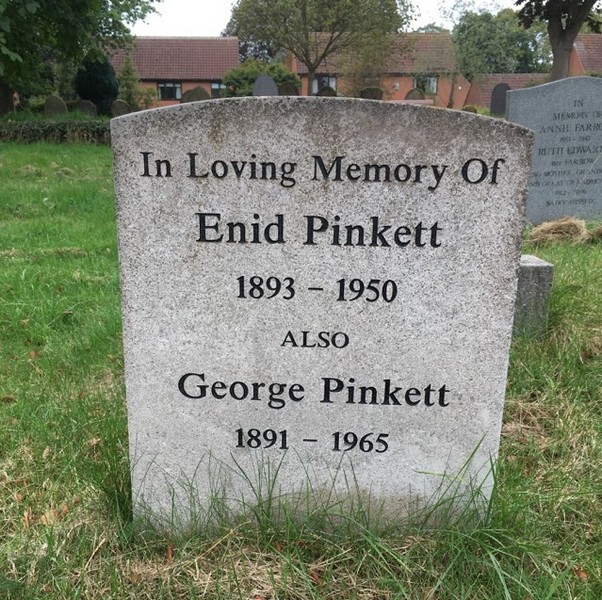 I visited my Dad’s oldest friend George Rhodes and Martyn Travis and I sat on the Church Wall watching the world go by just like we did as kids!

My Dad came from Halam, but the Shelton’s were mainly farmers from the Mansfield area.

I do not know Elsie Shelton* but she was probably a relative somewhere way back as with most families in those days the Shelton’s were a huge family.

When I visited in 2013 my grandparent’s headstone had disappeared and George Rhodes had to show me where the grave was and then he kindly arranged for the stone to be replaced. 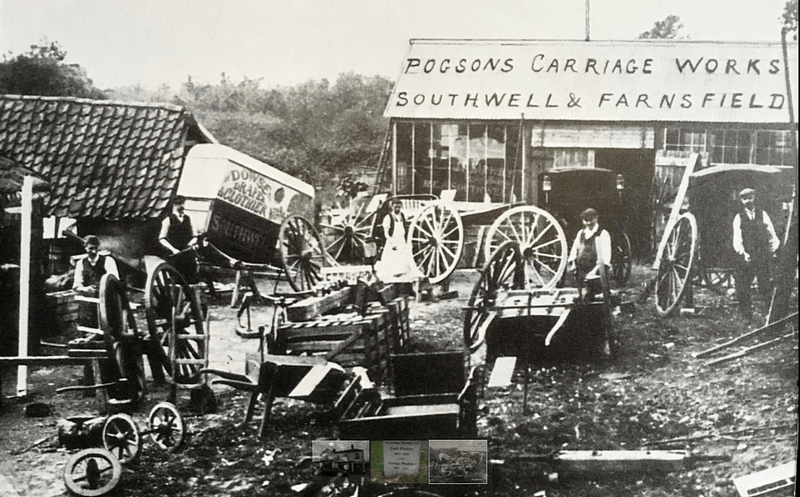