Soon after the outbreak of the war in 1939, many children were evacuated from industrial towns and other areas deemed to be at risk in order to protect them from enemy air attacks which did not immediately materialise, a period that became known as the “Phoney War”.  As a result, this initial influx of evacuees soon returned to their homes, only to be evacuated again when bombing raids began in earnest after the fall of Dunkirk. A further wave of evacuations took place in the latter stages of the conflict when the enemy launched their “V” weapons towards London and the south coast. The Wesleyan School accepted a total of forty-three children during the war years, more than any other school in the area’.

A passage taken from the book, The Methodist Church Farnsfield   An Outline History 1799-2012/15, written by Philip Marsh. 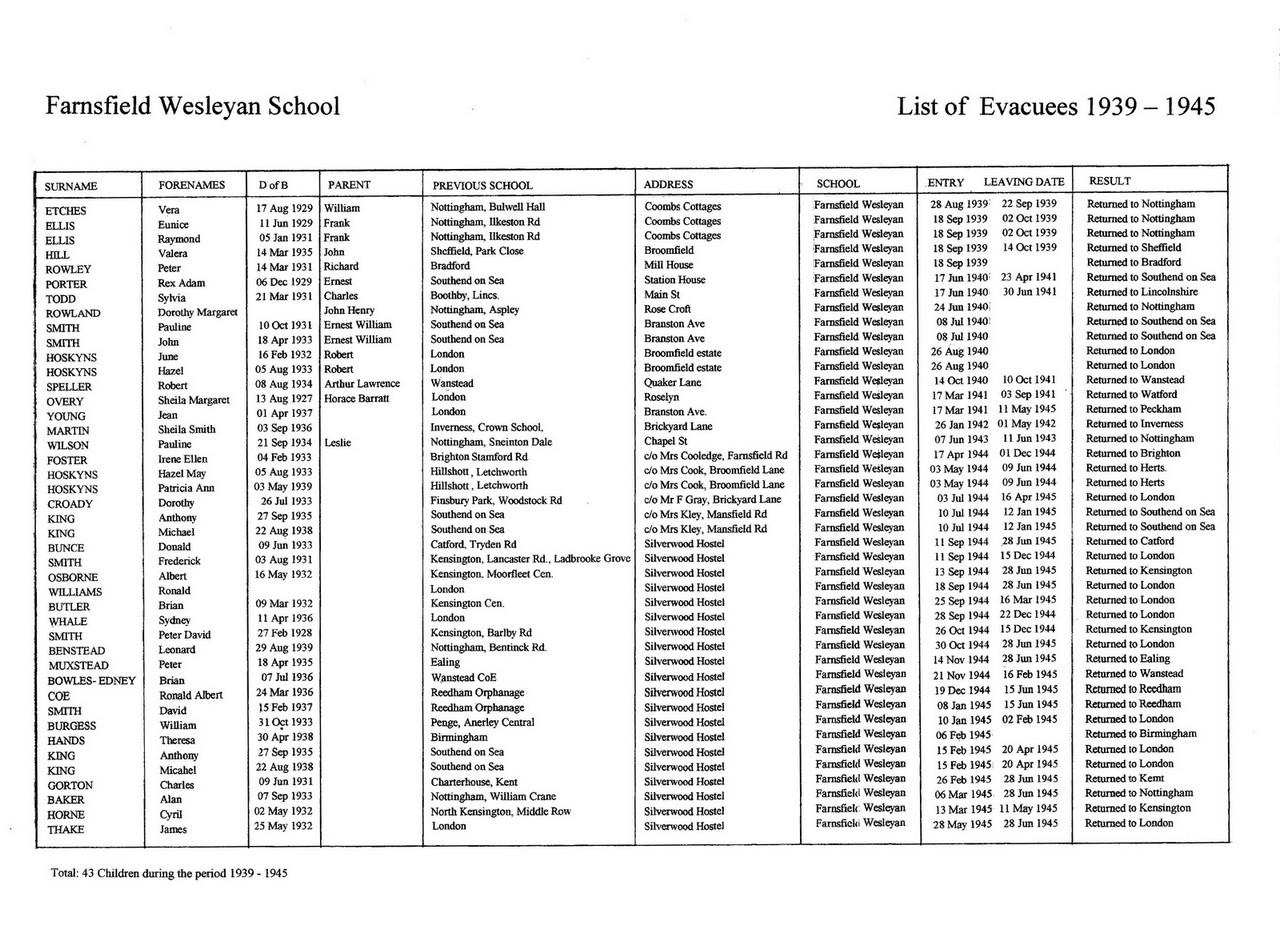 You can right click on the larger image to save to your device or send to your printer.